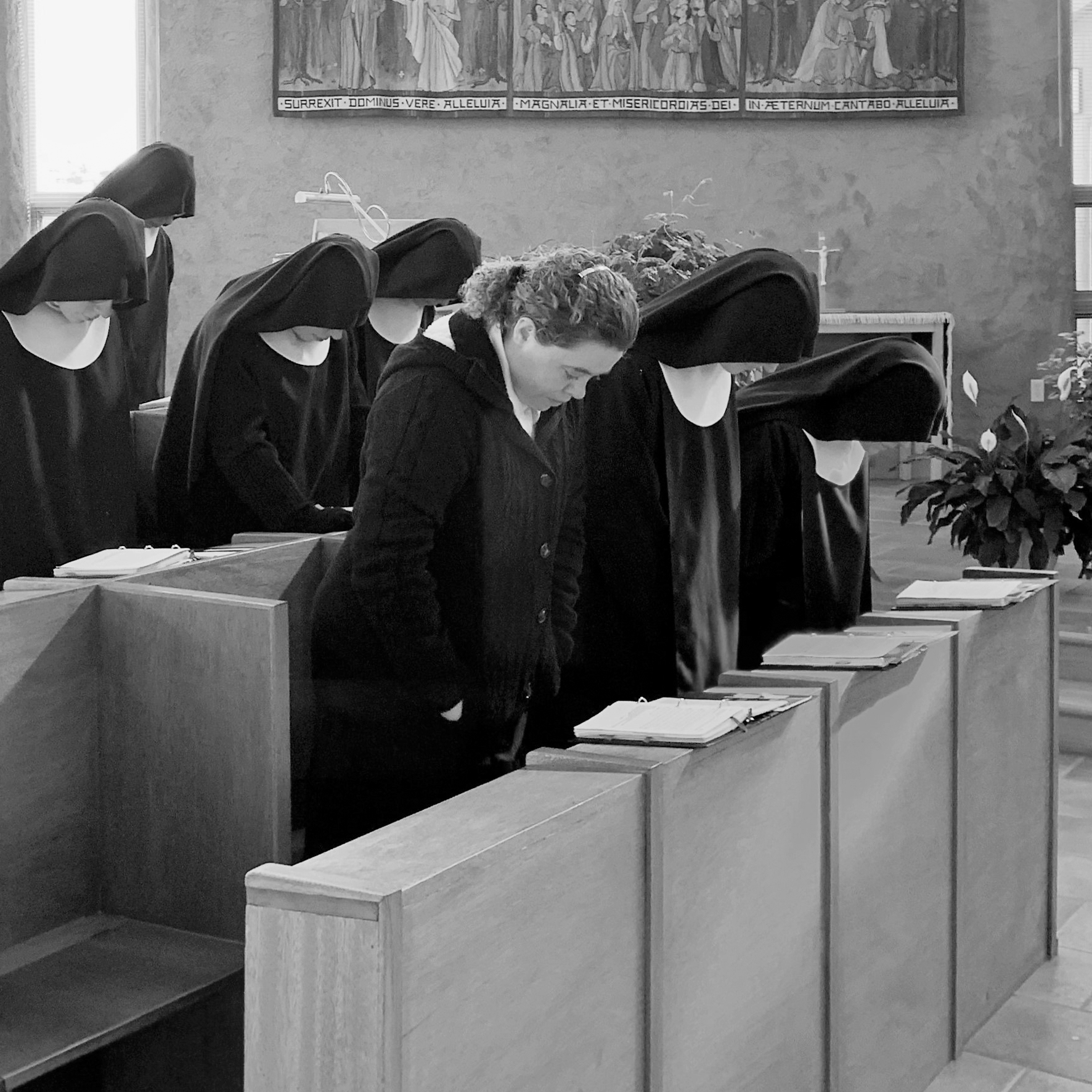 A reflection on the King David of the Old Testament by Mother Maria-Michael Newe, OSB

David could be a really controversial character because of some of the things he did in his life. He had a sword…and he wasn’t afraid to use it. God even told him that he couldn’t build His temple because he had too much blood on his hands. And then there’s the whole episode with Bathsheba—committing adultery and then murder to cover up his crime. But there’s one thing about David that keeps drawing the heart of the Lord, and that’s his humility. David is a humble man, and he acknowledges his wrongdoings. When he is corrected, he does not try to defend himself. We never hear of him coming back to God and saying, “Well let me explain myself!”. Never. He always takes total blame, begging God to blame himself, the shepherd, and not his sheep. He is so honest and generous in that way; and God looks upon that and seems to forget everything else.

I also love David because of his prayer. I think it must have taken him even more courage to pray after getting into so much trouble. He keeps going back to God, without any sense that he should do otherwise. We can learn something from that. David, even after the crimes he committed, continues to sing the psalms, to play on his harp, and he continues to love. He accepts who he is; he doesn’t try to weasel out of what he’s done. Perhaps by accepting his shortcomings, he calls upon God to love him more, because he acknowledges that he needs Him more. We should do the same.

You can think about that this Lent. It is a good practice to simply say nothing when corrected for a fault, but humbly acknowledge it and turn to the Lord for His mercy. I think St. Benedict strove for that too, that pure heart, to be of the house of David.