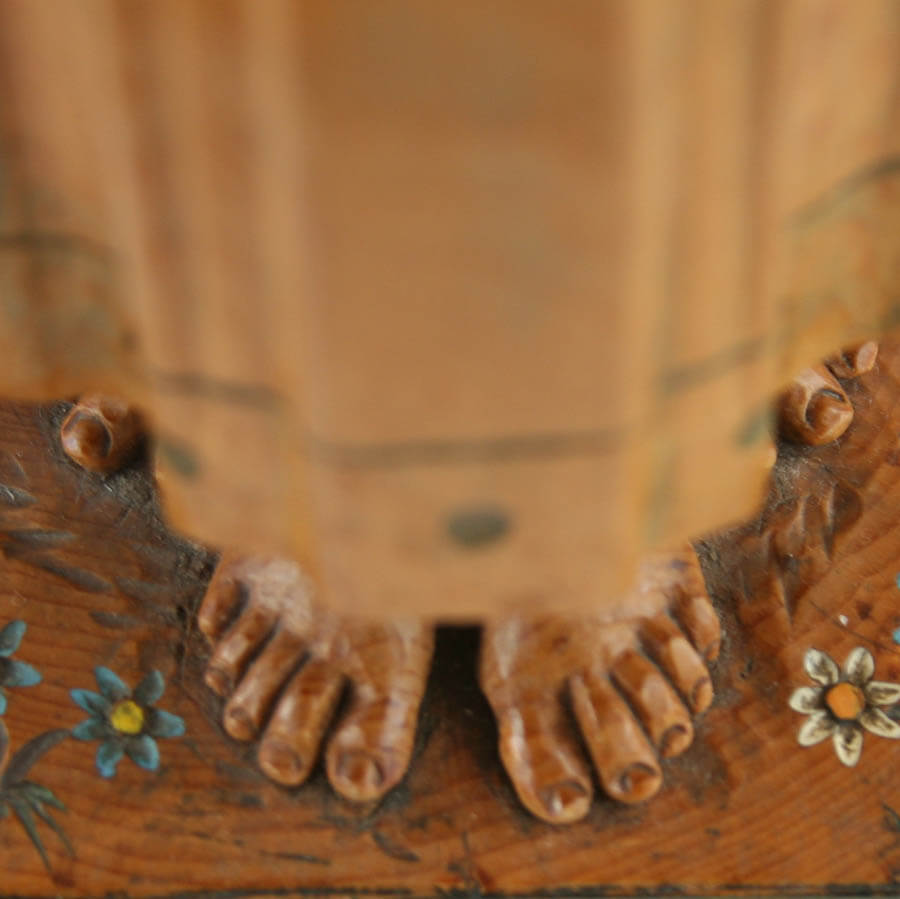 Today the Church commemorates St. Francis de Sales, whose Introduction to the Devout Life has aided many on their spiritual journeys. Here are a couple passages from his writing which are as relevant today as they ever were:

“Anxiety proceeds from an inordinate desire of being delivered from the evil that we feel or of acquiring the good that we hope for.  Yet there is nothing that tends more to increase evil and to prevent the enjoyment of good than inquietude and anxiety.  Birds remain caught in nets and traps because when they find themselves ensnared, they eagerly flutter about and struggle to extricate themselves and in that way entangle themselves all the more.  Whenever you are pressed with a desire to be freed from some evil or to obtain some good, before all else be careful both to settle your mind in repose and tranquility and to compose your judgment and will…When you perceive that anxiety begins to affect your mind, recommend yourself to God.”

Introduction to the Devout Life

“Now then, as to these smaller temptations…As it is impossible to be altogether free from being plagued by them, the best defense that we can make is not to give ourselves much trouble about them.  Although they may annoy us, yet they can never harm us, so long as we continue firmly resolved to dedicate ourselves in earnest to God’s service…Turn your heart gently towards Jesus Christ crucified and by an act of love kiss His sacred feet.  This is the best means to overcome the enemy, as well as in small as in great temptations.  As the love of God contains within itself all the perfections of all the virtues, and more excellently than the virtues themselves, so it is also the sovereign antidote against every kind of vice.”

Introduction to the Devout Life 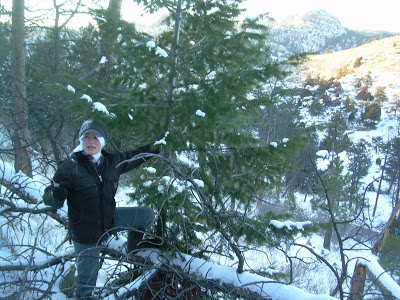 On the Fourth Sunday of Advent, a week before Christmas, a group of Sisters bundled up, piled into the pickup truck, and slipped and slid over the snow to find a couple of trees for our Christmas festivities.

Wishing everyone a joyful, grace-filled, and merry Christmas Season! 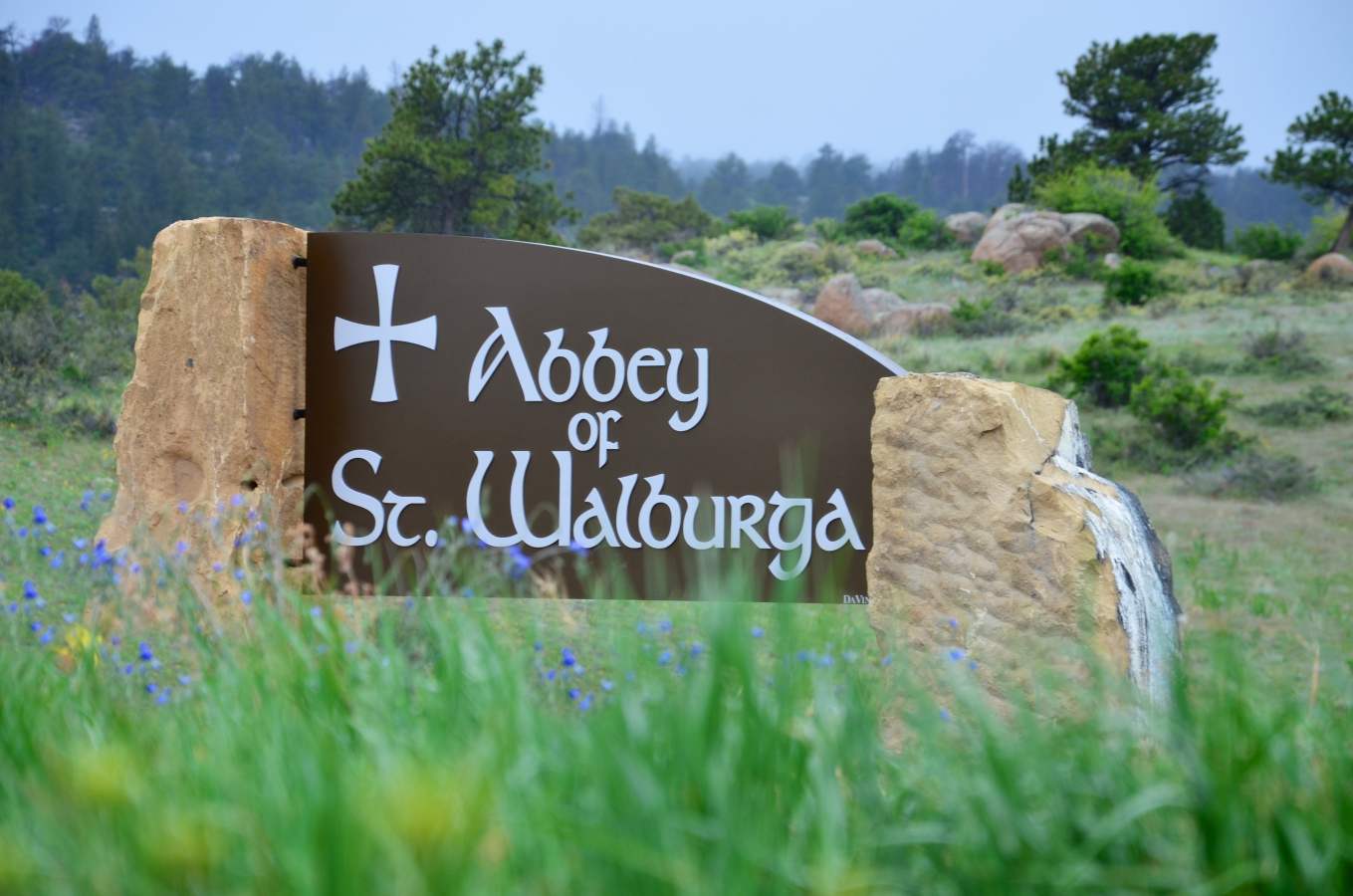 05/24/2016
This past weekend was our annual Mosaic Art Workshop, which we have been hosting with artist Kathy Thaden for five years now. The many windows in the conference room provide lost of air and light for the twelve participants that Kathy is able to take each year. Not surprisingly, the registration roster fills up very fast, and there is always a waiting list. (For more on Kathy beautiful mosaic art, please visit her own website: www.thadenmosaics.com.)

On the morning of Trinity Sunday we all got an early start when the fire alarm went off just after midnight. The mosaicists had been working together since Thursday evening, so they had become a cohesive group of ladies, all very comfortable with each other. By the time Sr. Hildegard woke up enough to stumble over to the guest wing to make sure they were okay, the whole crowd was standing outside, enjoying the mild spring weather and looking at the stars.

Our supersensitive fire detection system sounds the clarion call at the slightest suspicion of smoke or heat — this time it seems to have been set off by an electrical glitch of some kind. Not so good for getting uninterrupted sleep, but when it comes to fire detection, the more sensitive, the better.

Sunday evening we had a chance to exercise hospitality the way St. Benedict would have back before websites, or even postal services. Bill Marcell,  who is bicycling from Florida to Alaska (yes, that’s right), had been hoping to make it to Laramie, 30 miles north of the Abbey, but the cold rainy weather had slowed him down. Stopping to eat at The Forks, the landmark restaurant and gas station in Livermore, 14 miles south of us, he inquired about finding a place to stay. Our Livermore neighbors recommended he call us, and he appeared just after Vespers. He departed this morning, during Mass, so we weren’t able to schedule a photo opportunity with this modern pilgrim, For more on his journey, visit his website: www.keys2alaska.com

Bill is not the first two-wheeled wayfarer to stop by the Abbey. Several years ago a whole group of young men from Fort Collins stopped off at the beginning of a longer trip they were taking. And a few years after that, another lone cyclist had to call it a day sooner than planned because of rain. But 2015 has been the best year so far for cyclists. In the summertime a couple from France stopped by for a night. Not satisfied with one continent, they are cycling around the world — with a few exceptions in the form of oceans.

Then in September last year, we met Cynthia, on her way from Washington State to Florida. She had already walked across the country a few years before, and was now doing it by bicycle. She ended up camping out on a couch in our parlor, since every single bed was occupied that particular night. Since she’d spent lots of nights in a tent, the parlor couch was comparatively palatial.

This past Sunday we celebrated the Solemnity of the Most Precious Body and Blood of Christ — still known popularly by its former Latin name, Corpus Christi. We took advantage of the beautiful Latin Vespers and Mass propers of the day’s liturgy to schedule our annual Gregorian Chant Workshop for the days preceding the feast.

We had fifteen chanters this year, ranging in age from 10 to 83 years old, and coming from New Mexico, Montana, and even Minnesota as well as from Colorado.

The weather smiled upon our Corpus Christi procession, with cool temperatures and fluffy white clouds scudding through the blue Colorado sky to give some relief from the sun, especially for those of us dressed in black. We sang our way around the Abbey building, pausing to pray at four altars which had been tastefully decorated by teams of Sisters with textiles, statues, and flower arrangements.